Absolutely stunning wildlife roaming in the world famous Serengeti National Park, the Ngorongoro Crater, and the many other parks and reserves of Tanzania. 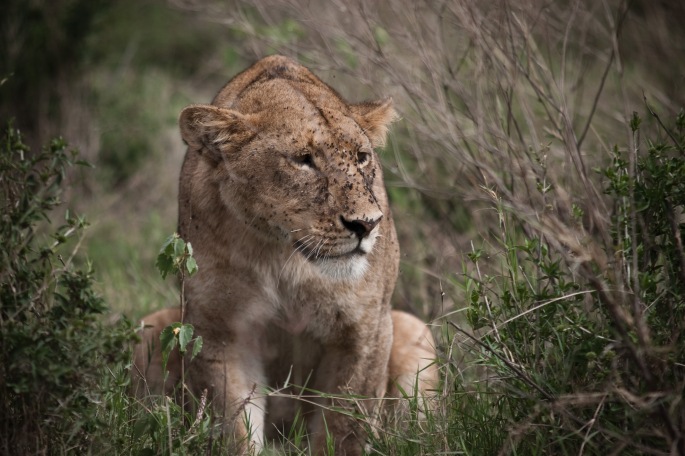 I stayed with Leesha and Lau and family on a 6 week trip through Tanzania. I’ve known Leesha for many years and it was wonderful to reunite with her in Mto Wa Mbu. They showed me around the village, introduced me to their community and I got to witness the passion and inspiration that lives in their entrepreneurial projects. I had such an incredible time in the village. The people are kind and welcoming, the scenery of the Rift Valley walls and Lake Mayanara stunning. I shared some art classes, visited the market regularly, enjoyed the local food and hit the dance floor for a little nightlife! I highly receommend connecting with Boma Africa. Mto Wa Mbu is the perfect place to set out for safari or take some time to relax and settle in and make some friends after travelling around. I hope to make it back one day!! Thank you for being such amazing hosts! xoxo 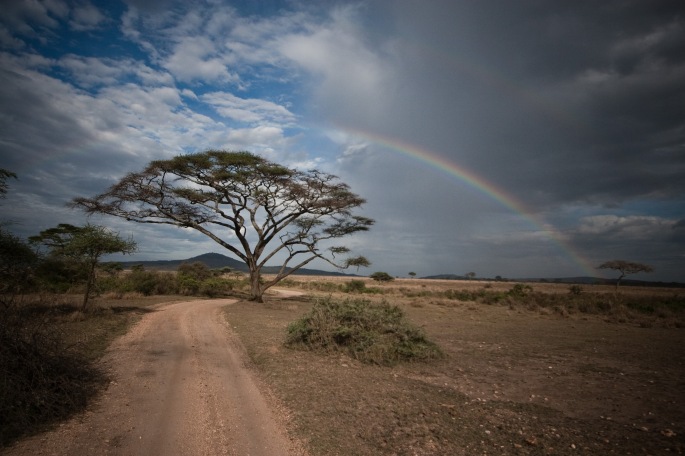 Founded in 2015, the Boma Community School is in the village of Mto wa Mbu, Tanzania.  Through the support of partner organizations Boma Africa founded and maintains this free school as one their two primary charitable projects.

The village of Mto wa Mbu asked Boma Africa to help them to provide a kindergarten for the area of Mlimani Park. During the rainy season the young kids couldn’t access any schools because the creek would get to high and they could not cross the water.

We were also able put in two roadways to access the area, and access a water source to provide running water to the community (Thank you to the Rotary Club of Cochrane.)

The first class of students began attending in 2015, and the school is expanding every year as the children move forward.

The Boma Community School students attend for free, get porridge everyday, and they also have a playground (funded by Martin & Sue Parnell), the only playground in the village!

Boma Africa and Mto wa Mbu village have big dreams and would one day like to see the school with kindergarten through to grade 12 classes.  The vision includes international school syllabus, and specialized sports, arts, and technology programs. This amazing foundation literally provided the foundation for the Boma Community School Project. The first classroom, The Lindsay Kimmett Kindergarten, is Lindsay’s namesake and will continue to set the children of Mto wa Mbu on an amazing learning journey; in keeping with Lindsay’s passion for both children and education. We, as Lindsay’s parents, are completely consumed with sorrow at her untimely passing but in an attempt to move forward positively, we have a great desire to carry on her legacy. She was an academic and so we want to encourage other youth to reach their potential by the establishment of enduring scholarships both at the High School and University level. She loved children and we are committed to supporting local youth programs in Cochrane. She shared a passion for ‘all things medical’ with her Mom and thus we hope to offer the U of C Medical School technical tools to enhance the education of the physicians of tomorrow. She shared a love of sports with her Dad and so we want to assist with local sporting facilities and enduring sponsorships for hockey players who could not normally afford to play.

The Rotary Club of Cochrane

The Rotary Club of Cochrane has been a solid supporter of Boma Africa & the Boma Community School. The club’s support has allowed Boma to identify a water source and install equipment to pump the water to the school site and the community.  The Cochrane Rotary Club also provided a substantial contribution to the Sue & Martin Parnell Playground at the school site. Sue and Martin Parnell are both from England and have lived in Cochrane, Alberta since 2005. They have been great supporters of the humanitarian organization Right To Play and over a 5 year period from 2010 to 2014 raised over $1m for the organization. Recently, they fund raised $12,000 for a playground and bouncy castle for the students of the Lindsay Leigh Kimmett Kindergarten in the village of Mto wa Mbu, Tanzania. Sue and Martin have three children, Kyle, Kristina and Calum and three grandchildren, Autumn, Nathan and baby Matthew. Of course Tanzania is featured, it’s so amazing!  They highlight the serene Ruaha National Park- it’s Tanzania’s largest park and is found on the Southern Safari circuit so is relatively quiet when it comes to tourist volume.

This is Tanzania’s second largest park, and deemed also the second wildest park in Tanzania. Game routes follow the Ruaha River, where wildlife of all kinds migrates to catch a drink of life nourishing water. Leopards and lions wait in the grasses while antelope shyly make their way to the water’s edge, quickly sipping before escaping to safety! Ruaha has the distinction of housing a great diversity of antelope, affecting this park’s ecosystem to be unique, abundant, and magnificent.

Every time I go running up the wall of the rift valley here in Mto wa Mbu I pass the school and the community centre. In addition to the AMAZING view and the great workout , what makes me really happy is that there are children playing on the Sue and Martin Parnell playground! The playground is locally built and is the only public playground around. In addition there are new homes popping up around the area.

It has been 4 years since it was built and it is in need of some TLC.  Such a gift for the students at the school, and the children living in the area that have a place to play! Repairs and upgrades that we would love to get done include;

Asante Sana Wilson Family for your donation- Katie is excelling at the Mwalimu Anna school thanks to your scholarship.

Katie has been sponsored since pre school (originally by Mr. Jeremy) and has been fortunate to attend the awesome Mwalimu Anna school in Mto wa Mbu village. She loves school, and gets A’s.  Her grandpa gets up at 5 every day to get her ready for school. The school bus picks her up at 6 am and drops her off at home at 5 pm.  It’s  a long day but she thrives.  This is an english medium school where most instruction happens in English.