The annual Kilimanjaro marathon is coming up in just over 2 months!  Not sure I can train up to a half marathon that quickly, but might sign up as a 21 km run/ walk for myself.

The marathon was founded in 2002 and attracts almost 9000 runners including locals and athletes from around the world. The route heads up the base of Mount Kilimanjaro, passing through forest, plantations, villages, and the town of Moshi.  Winners claim prizes up to 4 million TSH.

Our most memorable Kilimanjaro Marathon was Kili Quest 95.2 in 2013.  Lawrence and Martin Parnell of Canada planned to run the marathon, then attempt to climb Kilimanjaro in just 24h!  It was amazing- they summited Kilimanjaro- but not quite in the 24 hours they had hoped!  This was a successful fundraiser for the organization Right to Play.

The only marathon I’ve ever done was the Kilimanjaro Marathon- and I only did half!  It was hard, but such a fun day!  Everyone is in such high spirits and the locals of the sleepy villages come out to cheer you on or join up with you for a few kilometres.  Many folks from around the world, and from Tanzania are there for a fun day- mixed with elite athletes training for the Olympics!

If you are looking for a race to add to your itinerary and a chance to go on a world class safari, or to climb Kilimanjaro, get in touch! 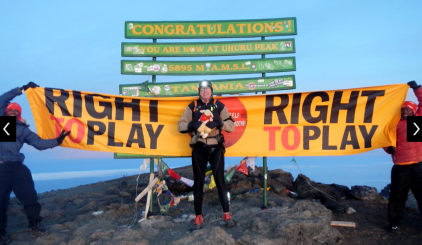 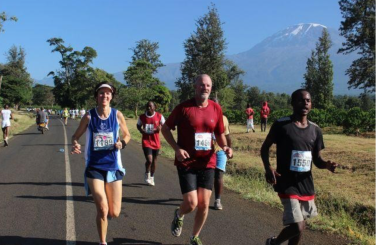 Photo by Shadows of Africa